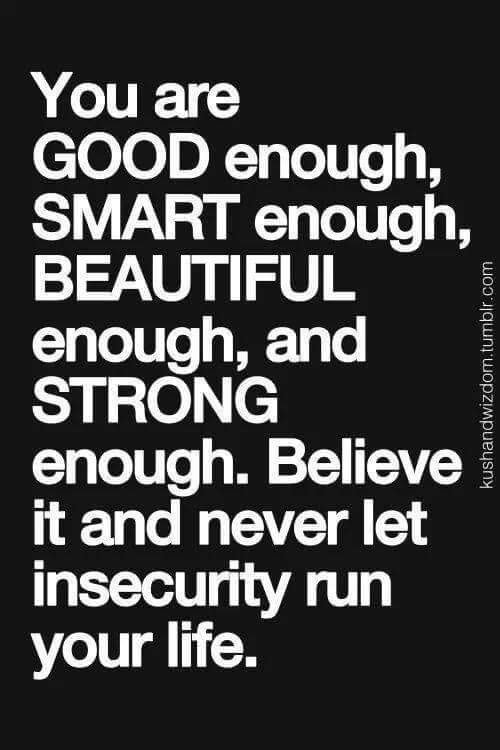 The Days of Atonement, between Rosh Hashanah and Yom Kippur, are a time to notice where we have fallen short of our ideals, to ask forgiveness for our failings, and to recommit to our ideals for the coming year. Unitarians, too, strive toward the perfectibility of human nature, as modeled by Jesus, while acknowledging how far we are from that goal. But if we never actually become the people we know we ought to be, can we still claim to be the people the world needs?

80 Million Americans Did Not Vote in the 2020 Election!

As of last Sunday at our Board meeting, we approved a new mask policy.

Although the Board doesn't require proof of vaccination, we expect that everyone is as fully vaccinated as their age allows. We are continuing our policy of wearing masks during Sunday services; however, we are now encouraging everyone to sing!  At some services, we may be using hymnals, and we will not be sanitizing them between uses.

For meetings of 12 people or fewer, masks are recommended but not required.

So, for those joining us in the sanctuary, wear masks during services and sing to the top of your lungs! For those of you zooming, keep singing too! 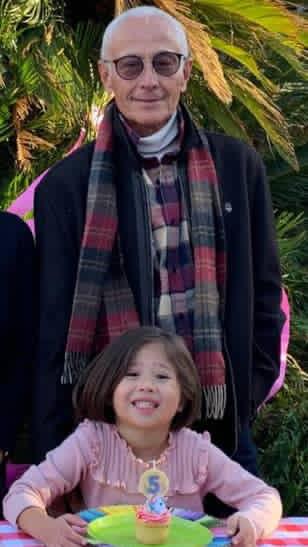 Yahari Raydan was born and raised in Venezuela, to a family of Lebanese descent. After high school, he came to the United States in 1969 to attend college, graduating with a degree in fine arts from Wichita State University in Kansas, in 1976. It was in Wichita that Yahari met his beloved wife, Celsa. The couple were married in 1974 and were together for 43 years. They had one daughter, Kiara, and two grandchildren, Jason and Kayla.

Yahari has been a proud American citizen since 1984. This country gave him everything, and he truly feels at home in the United States, even more so than his native Venezuela.

In 2010, Yahari was invited to help renovate Our Lady of Perpetual Help in Daly City. He selected all of the religious artifacts, including ornaments, fixtures, and furnishings, and he also restored a mosaic of the Virgin Mary. Yahari received a beautiful certificate from the Mayor for his service to his community.

In 2017, Yahari and Celsa moved to Los Angeles to be near their daughter and grandchildren, and it was there, nearly five years later, that Celsa succumbed to ovarian cancer.

Yahari has always relished the sense of community in church, and he will become a new member this Sunday. He even joined the choir, despite not knowing how to read music. Ever helpful, Yahari files and scans all the music sheets. It’s a wonderful community, and he was very gratified to be welcomed by the congregation.

Religious Exploration (RE) is Back!

Mark your calendars, we're starting up again! Our RE committee is busy creating RE for the second and fourth Sundays of each month.

If you want to help out, no parental experience needed, please email Barbara Allen at barbara@uustudiocity.org.

If you have a younger person in your life who you want or wants to join in, email Karen Kungi-Torres: karenkungietorres@gmail.com. 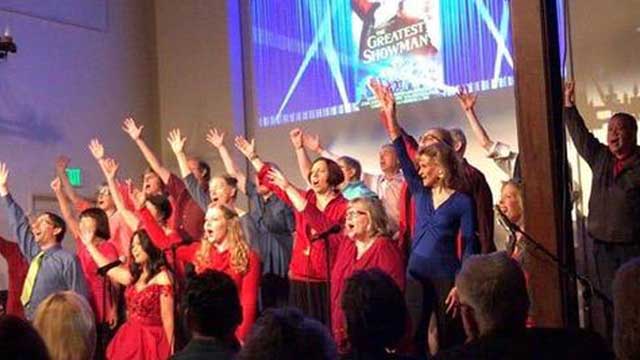 The UU Studio City Choir rehearses on Tuesday evenings from 7 to 8:30 PM in the church sanctuary. The only requirement to attend is full vaccination for Covid.

“Jazzanova” jams every Wednesday at 1:30 PM till 3:30 PM at our church in either the Sanctuary or the Fellowship Hall. Jazzanova, sponsored by the Studio City Rotary Club, is one of several bands in Los Angeles organized by Music Mends Minds, an organization that creates musical support groups for individuals with Alzheimer’s, dementia, Parkinson’s, traumatic brain injury, PTSD, and other neurological disorders. Musicians with or without diagnoses, including caregivers, family, and friends, are welcome to attend!

The October book selection Transit of Venus by Shirley Hazzard.

According to a review in Goodreads, “Caro, gallant and adventurous, is one of two Australian sisters who have come to post-war England to seek their fortunes. Courted long and hopelessly by young scientist Ted Tice, she is to find that love brings passion, sorrow, betrayal and finally hope. The milder Grace seeks fulfillment in an apparently happy marriage. But as the decades pass and the characters weave in and out of each other's lives, love, death and two slow-burning secrets wait in ambush for them. 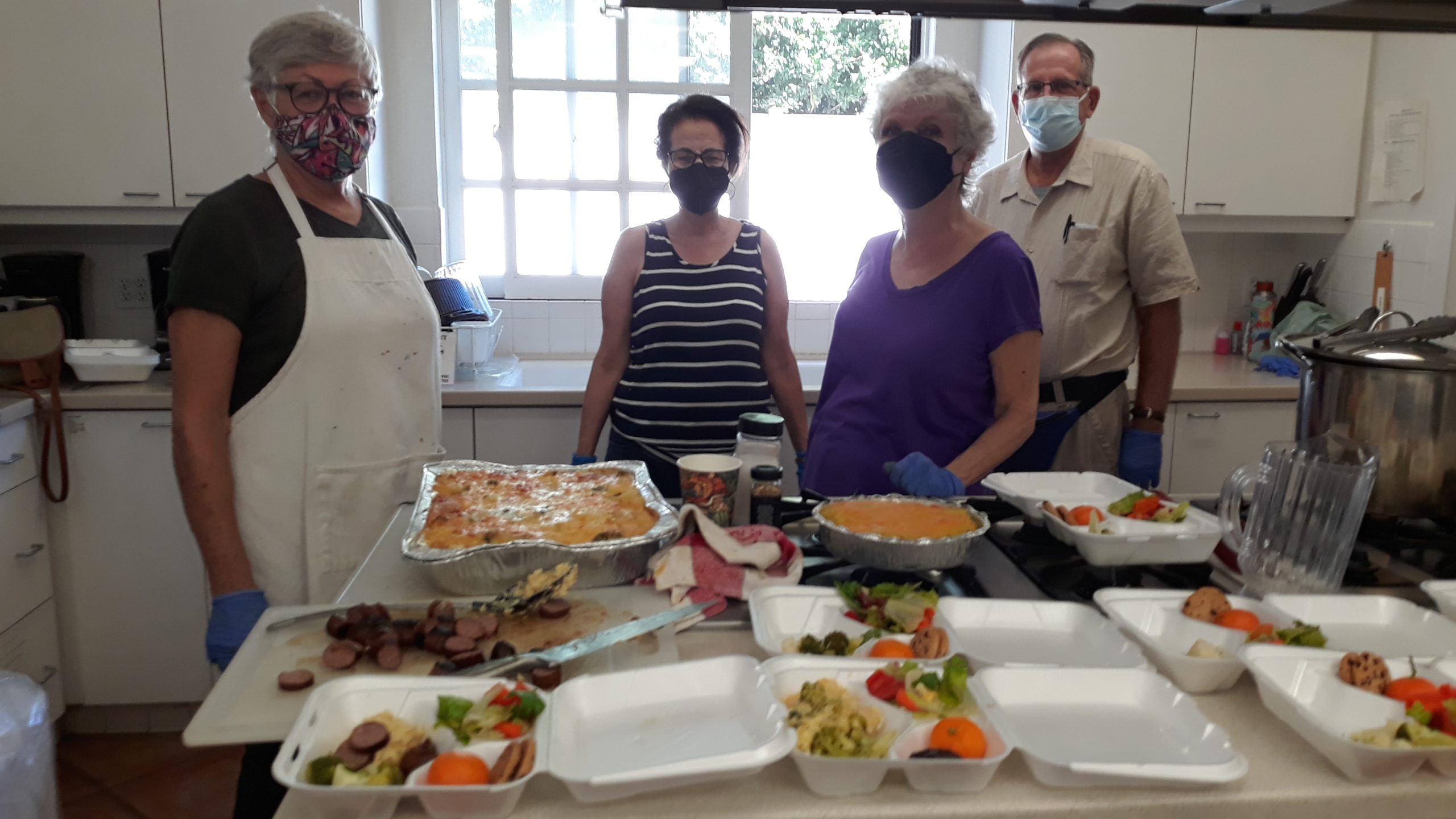 Do you have a little extra time on Monday evenings or Tuesday mornings? If so, you could be cooking a casserole for the unhoused folks of this area. The NoHo Home Alliance is looking for a few folks who’d be willing to prepare a casserole for the drop-in program the second Tuesday of the month. These could be as simple as a tuna/noodle casserole or franks ‘n’ beans. If you’re interested, please contact Terry Hassman-Paulin at tmhassman@aol.com.  You can prepare the meal at home or in our UUCSC kitchen. Thank you for your generosity!

There are many food-insecure folks living in the Studio City/North Hollywood area. They can use your help. Please donate diapers (especially large), wipes, hearty canned soup (with flip-top lid), and peanut butter. No glass, please. You may drop off your items Sunday mornings in the wicker basket at the front of the sanctuary.

All Day, Every Day to Church Members

Did you know we have an online church member directory?

Our church has an online member directory available on any web browser and mobile device! We are using “Instant Church Directory.”  ...Learn More!

Every 2nd Sunday of the month
7:00 PM, UUCSC Sanctuary

Calling all performers: UUCSC’s Second Sunday of the Month Open Mic is returning! Storytellers, poets, dancers, musicians, comedians--and more--are welcome. Sign-ups begin at 6:30 PM with the show beginning at 7:00 PM. If you aren’t a performer, come sit in the audience and support our local artists!  Performers may remove their masks, but they will need to show proof of vaccination. If you have any questions, feel free to email Anthony Concepcion at his new email address, ConcepTonesMusic@gmail.com.

deBenneville Cluster Retreat Weekend is back with a new weekend!

Save the Date: October 14-16, 2022
deBenneville Cluster Retreat Weekend is back with a new weekend!

For the health and safety of all, there will be only 77 spaces available to those fully vaccinated, and with a negative rapid test the day they leave to go to camp.

Member of Chalice UU in Conejo Valley, and Dean of the 2022 cluster retreat weekend. The UUCSC Playground is available by reservation to families who are part of the UUCSC community. Families not part of the community may also schedule a reservation for the space with a recommendation from a community member. This is a great way to spend some time outside with your family!

Please send an email to playground@uustudiocity.org with your name and the date you'd like to reserve. Along with any questions you may have regarding access to the playground. You will receive a confirmation email once your request has been processed. We will try our best to respond within 24 hours, thank you for your patience. 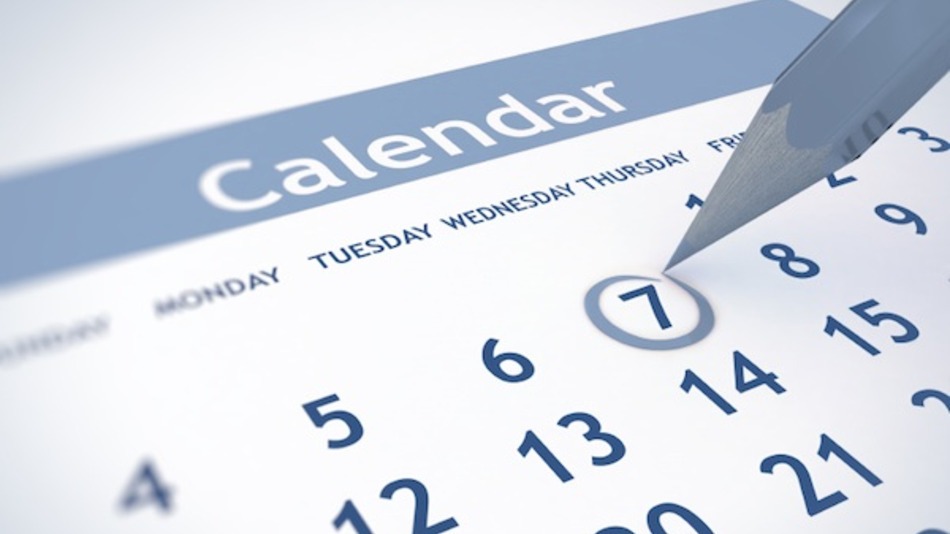 Visit our Calendar on MyChurchEvents.com to invite friends and schedule reminders.