Each year, UUCSC’s membership has the opportunity to elect members of the Board of Trustees, the Nominating Committee, and the Endowment Committee. Meet our current leadership team.

Barbara (she/hers) is a retired Chiropractor.  She moved to the area four years ago from the East Coast to be closer to her adult kids who live in the Valley. She was first drawn to Unitarianism years ago in Northampton, MA where her kids attended the RE program. ...

Reid has been active in Unitarian Universalist churches for over 40 years. He and his wife, Jane, became members of UUCSC in 2004. Reid and Jane celebrated their 44th wedding anniversary this year. They have one son, Ryan, who lives with his wife, Hannah, in Portland, OR. ...

Greg grew up in Tarzana with atheistic Jewish and atheistic Methodist parents, and never went to a church nor temple until his teen years, when he visited occasional services with friends.  He attended an Episcopal church in his late 20’s but did not find Unitarian Universalism until age 57. ...

Jeanne first came to UU of Studio City about 15 years ago. She decided to attend a service after reading that our founders were Deists, which is a religion that was a precursor to Unitarian Universalism. Jeanne was immediately enlisted to help plant the Alder Tree and Peace Pole and she has never left! Over the years she has volunteered on the Worship Committee, the Building and Grounds committee, and taught in our Religious Exploration program. ...

Jenny Ashe grew up in Atlanta and came of age in Manhattan. Along the way she studied at Philadelphia College of Performing Arts, American Ballet Theater School, HB Studios, The Neighborhood Playhouse, amongst others and enjoyed a 10-year career as an actor in NY. ...

Christina hails from Massachusetts and belonged for forty years to First Parish of Brookline UU Church. There she served on the Parish Board, chaired the Religious Education and Welcoming Congregation Committees, taught RE, co-chaired the Fundraising Committee and participated in the search for a settled minister. Outside of church she volunteered at Rosie’s Place, a shelter for houseless women, Reading for the Blind and Dyslexic, and was on the Board of Trustees of Shady Hill School, Cambridge, MA. ...

Heather joined UUCSC in 1990. She has been a member of the choir consistently since 1991, only taking off 6 weeks from rehearsals to have a baby. Within the first few years of membership, Heather joined the Nominating Committee and held several positions on the Board of Directors, including President. Heather met her husband, Joe, at UUCSC, and they were married in this church. ...

After his college years in Oklahoma he went straight into the nightclub entertainment biz working out of San Francisco, Portland, and Las Vegas. After 18 years of thrilling highs and heartbreaking lows Gene landed in Los Angeles where he worked odd jobs while attending LA Valley College studying journalism. In 1981 he took a job at the Hollywood Radio & TV Society (HRTS), a networking association for the industry’s top execs, clerking for its International Broadcasting Awards (IBA), a global competition for radio and TV commercials. ...

Teri was born and raised in Houston and became a midwesterner when she followed husband, Steve, to WI for grad school, then the Chicago area, where they lived for 30 years before relocating to Sherman Oaks four years ago. Teri graduated from the University of Texas at Austin with a degree in public relations, and in a mid-life career change, attended the Lutheran School of Theology for a master’s degree. ... 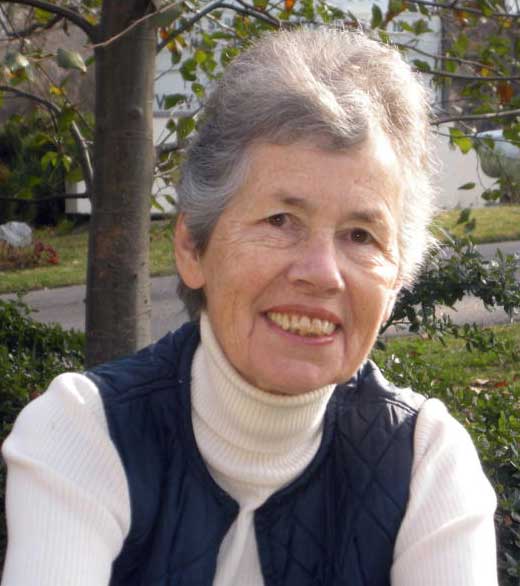 Gil has been a member of this church for over 30 years. She has previously served on the Board two times, and chaired or served on several committees and event teams. She has chronicled the life of the church as unofficial archivist and one of our institutional memory keepers. Gil brings a broad knowledge of the positions we are asking people to take on, a working knowledge about most of the members and friends in the congregation, and a curiosity about those she doesn’t know yet and how they might fit in the leadership of the church. She’s also extremely organized and clings to deadlines as a method for preserving sanity. Gil loves gardening and participating in social action, spending time with family and friends, writing, editing, reading, and getting out of Los Angeles. 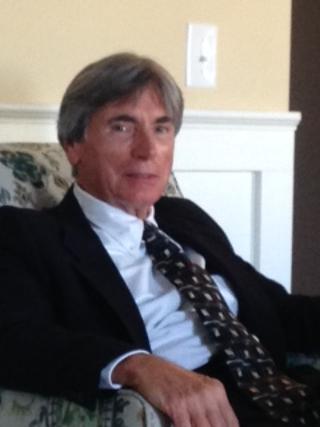 Born and raised in Philadelphia, Frank came to LA in 1975, worked part-time jobs, pitched jokes to comedians at the Comedy Store and wound up enjoying some 25 years as an award-winning comedy writer/producer. He is a graduate of Bowling Green State University (1967) and served in an Infantry Scout Dog Platoon, Vietnam (1969). Over the years, he has volunteered at homeless shelters, literacy walk-in centers and two ER’s. Frank is the proud grandfather of Eve Sierra, daughter of my son Jesse and his wife Stephany. "I became a member of UUCSC in 2018". As to the Church Nominating Committee, it has been said that it is the most important committee in any church. This is because the committee, by means of deciding who is nominated, strongly affects the direction and energy of the church, its stability and values, its mission and vision of the future. In Frank’s own words, “As a Nominating Committee member, I will make every effort to bring forward the best qualified candidates, ones who are dedicated to the task and will welcome true deliberations to take place.” 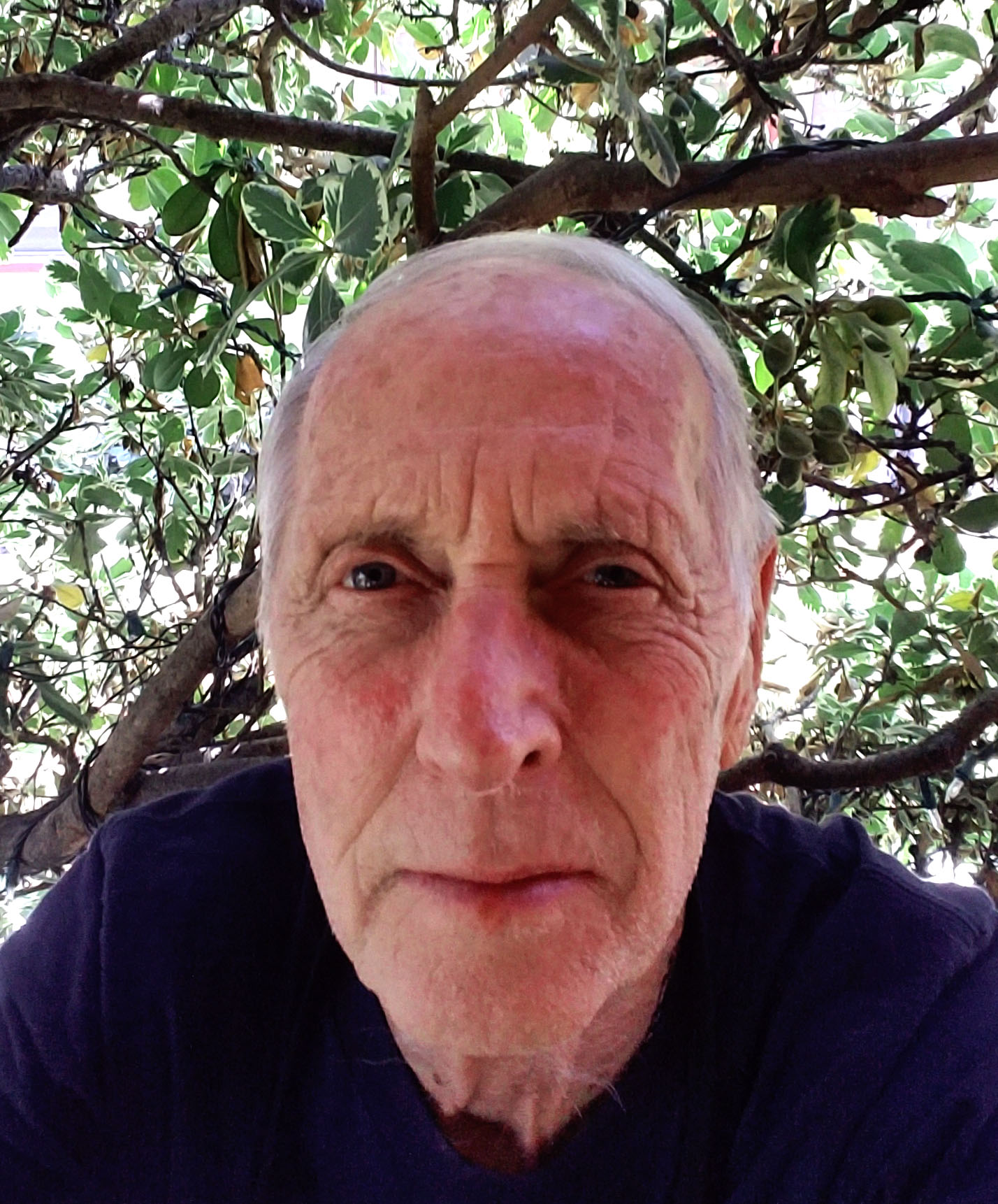 Dick is currently retired. In his professional life he was an electrical engineer, computer scientist, lawyer, marketing and sales executive with Lockheed, and business owner of a technology corporation.
Dick and his wife Carol were members of Neighborhood Unitarian Church in Pasadena when Reverend Hannah was a minister there, and they followed her to Studio City. Dick is a member of the Men’s Fellowship and was Service Chairman for that church group. He has helped on the Finance Committee, as well.
Dick’s interests are photography (creating photo books of his granddaughters), cooking, reading, exercising, and volunteer work. After retirement he attended Glendale Community College, where he received enough credits for an associate degree in Humanities. He was a docent at the Autry Museum, a Commissioner of Parks and Recreation for the City of Glendale, has tutored homeless families with Family Promise of the Verdugos, and currently is a member of the Board of Directors of the YWCA of Glendale Pasadena.
Carol and Dick live in Glendale. They have one son and two granddaughters and spend a lot of their time helping with the granddaughters while the children’s parents are working.
In his own words, Dick writes, “I have been involved with investing in the stock market and other things for many decades. So, when asked to become a member of the Endowment Committee, I said I would be glad to do so, since it was something I knew a little about.”