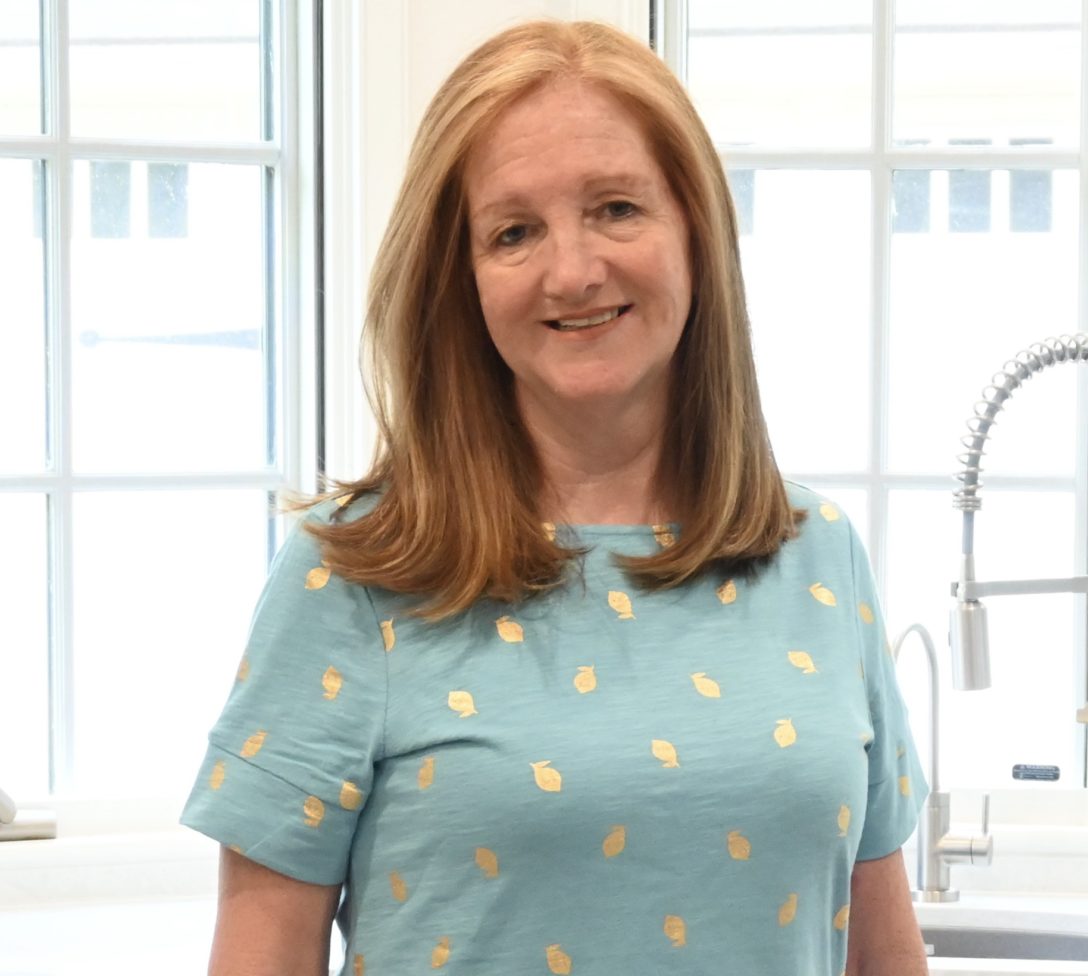 Teri was born and raised in Houston and became a midwesterner when she followed husband, Steve, to WI for grad school, then the Chicago area, where they lived for 30 years before relocating to Sherman Oaks four years ago. Teri graduated from the University of Texas at Austin with a degree in public relations, and in a mid-life career change, attended the Lutheran School of Theology for a master’s degree. She worked eight years as a chaplain for a non-profit hospice agency.

While raising her two daughters, Teri was very active volunteering in the public schools they attended in many different capacities. One now lives here in the LA area (ask Teri about her daughter’s menagerie of pets), and the other lives in Boston, where she just welcomed Teri and Steve’s first grandchild.

A couple of years before moving to LA, Teri started (Steve soon joined her) attending North Shore Unitarian Church (where Rev. Hannah was raised) in a search to seek out a more spiritual life. She’s still searching to define her theological beliefs, and finds it constantly evolving. She feels the UU church leaves room for her to question the presence of a Higher Power and how that HP might be active in her life. Most importantly, the national election of 2016 ultimately led Teri to find a church that supports her social causes.

Teri facilitates blood drives with the American Red Cross at UUCSC, as well as being active on the Buildings and Grounds Committee. She enjoys the instant gratification she experiences during work parties with the B&G committee; she’s also appreciated the opportunity to get to know some of the long-timers of UUCSC through regular gatherings of the Senior Fellowship, and the ‘Ladies in the Woods’.

Teri and Steve have spent so much time exploring CA since moving here, that, often when sharing with native Californians all that they’ve seen and done, native they will remark that they’ve lived here all of their lives, and haven’t done most of the things Teri and Steve have. They enjoy hiking and exploring national and state parks, as well as attending various farmer’s markets in the area. Their Cavalier King Charles Spaniel, Fletcher, can often be found tagging along for many of these excursions. Teri is committed to Pilates training and also regiular weight training for self-care. She and Steve are also avid Green Bay Packers fans!

She looks forward to serving on the Nominating Committee now that she’s gotten to know more members of the congregation on a more personal level.