Our August 26th Service featured a Time for All Ages that included the book Blueberry Girl by Neil Gaiman. 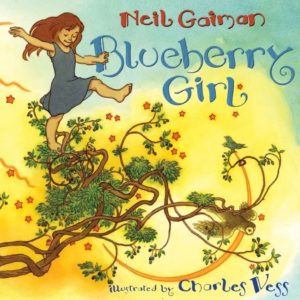 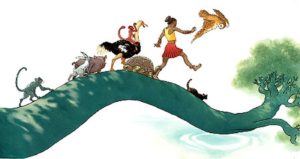 You can see a reading of the text with an animated version of the book’s beautiful drawings here. He wrote this book for his wife while she was pregnant with their daughter. Originally resistant to sharing the text widely, he eventually agreed to publish it. He is the author of several children’s books for various age ranges. There is even a website that serves as a home for those who want to explore his works for children.

This week, the children that attended on Sunday were largely in the Rainbow Room age group. There were a couple of exceptions, but everyone piled into the one room, with the older kids joining in for a fun week centered largely on active play. As we begin to transform the World Room a bit at a time, we have just this week begun storing the yoga and meditation cushions in the Rainbow Room. The children were quite taken with the opportunity to build cushion thrones and forts.

The original plan for older children in the Big Room and the youth of Turning Tides was to focus on ideas of solidarity and giving of self. Two examples were planned. The first, the Quaker evangelist known as Publick Universal Friend, is a fascinating individual who showed the value of nonbinary individuals in advancing public spirituality. 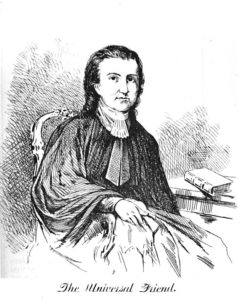 This supports the chance to talk about the role of liberal religiosity in the connections between liberal Quakers and the Unitarians. These connections continue on into the present. The particular geography of Publick Universal Friend’s ministry and their following is also bound up with a specific moment in the history of Quakerism. Interestingly, this same history is bound up with the family history of Susan B. Anthony, the second figure from the planned lesson. 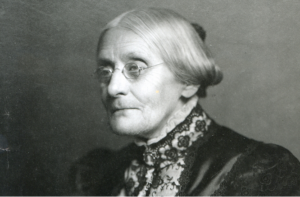 Though her life and activism are not without controversy, she can serve as an interesting case study in the intersectionality of race and sex with regard to human rights and democratic inclusion. A great survey of the current state of intersectionality can be found here. As always, we hope that each week presents the message of honoring human wisdom, learning to embody it, and being open-minded about its various forms.

The playground was unfortunately closed this weekend, as the work from the Groundskeeping Event continues throughout the week. We’re very excited and grateful for everyone’s participation, especially the youth that showed up to contribute their hard work! 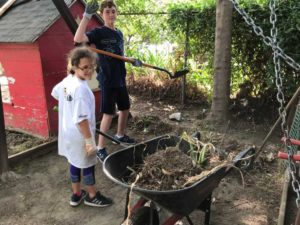