On August 19th, our Sunday Service included a Time for All Ages centered on the book The Little Girl Says Alhamdulillah by Rabia Gelgi. Rabia Gelgi has written a series of Muslim children’s books. This book combines two threads that have been woven into the Time for All Ages throughout the Summer: awareness of Islam and the joy of feeling wonder at the world. 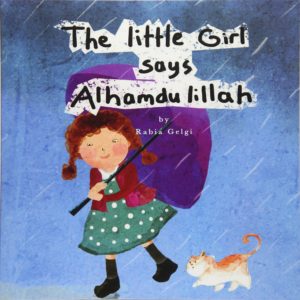 The thread on Islam has incorporated a couple of books that have been well received in our community. The first is It’s Ramadan, Curious George, and the second is Salam Alaikum: A Message of Peace. In the case of the latter, we used the music video upon which the book is based. You can find that video here. 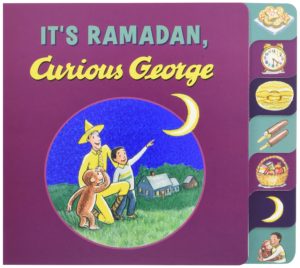 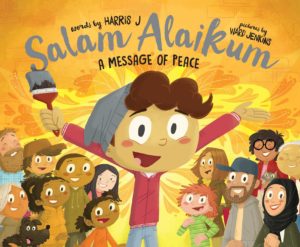 In the Rainbow Room, we featured the storybook The Big Umbrella. This book uses mostly illustrations to tell the story of an umbrella that grows to cover and protect all sorts of people and animals. We hope that this story encouraged a sense of inclusion and generosity of self. 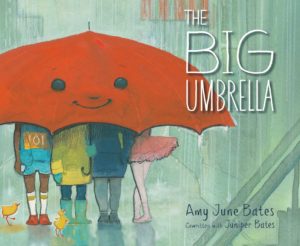 The older children and youth gathered in the Big Room to have a conversation about what Religious Exploration is and how it ties into the goals of our community. We specifically spoke about the history of liberal religion through a series of historical moments and talked about how it is important and relevant to the social conditions of our day.

This conversation started with a quick description of how Paul the Apostle argued for a universal inclusion of people as Christians without requiring them to adhere to the historically Jewish law (Mosaic Law or Halakha).

We then discussed the emergence of the Islamic model of toleration of religious and spiritual diversity. We read the passage from the Qur’an that reads: “Let there be no compulsion in religion: Truth stands out clear from Error: whoever rejects evil and believes in Allah hath grasped the most trustworthy hand-hold, that never breaks. And Allah heareth and knoweth all things.” (2:256)

We listened to an excellent recitation that can be found here. This recitation leaves untranslated the word “Kursi” in its subtitles. This word means “throne” and has been loaned into many languages influenced by Islamic cultures. We talked about how the political theology of the Ottoman Empire was a large cultural influence on ideas of religious toleration in Europe, where Unitarianism had its birth. UU historian Susan Ritchie has discussed this at length in her book Children of the Same God. 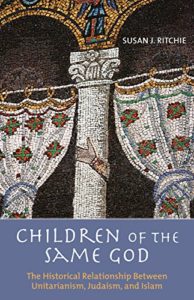 After this, we jumped ahead in time again to the Edict of Torda, well known in UU circles. This year is the 450th anniversary of this remarkable moment in history. The text of the Edict can be found here. We then jumped ahead again to understand that the liberal religious views being examined were embodied in part in the founding of the United States. Specifically, we glanced at the text of the 1st Amendment, noting how the emphasis on tolerance and mutual good will was important to early American history. We noted early American presidents: John Adams, Thomas Jefferson, and John Quincy Adams. We noted also Millard Fillmore and William Howard Taft. We mentioned the large influence of Theodore Parker on Abraham Lincoln, and we discussed the relationship between Barack Obama and Unitarian Universalism. Interestingly, an article about this has been floating around UU social media in the last week. You can find that article here.